The Antiquities Act of 1906, which established national monuments, is key in understanding the significance a site can hold. The Act itself was a departure from the idea presented by national parks. Where national parks emphasize the value of a natural landscape, monument sites have a different focus. The Act was signed into law by President Theodore Roosevelt’s administration. Iowa congressman, John F. Lacey, was instrumental in crafting the language used in the Antiquities Act.[1]  He emphasized “objects of historical or cultural interest” in the bill.[2] The distinction of the preservation of “objects” and not a landscape is important. This demonstrates a want to protect a piece of our country’s past because artifacts represent something tangible and worth preserving. These objects are connected to a sense of cultural nationalism that, in turn, is worth preserving. The creation of national monuments represents a shift in finding value in a site for its scientific or cultural significance instead of its scenic, monetary or utilitarian value.  National park and monument sites reflect what we as American’s find important about our country and our history. The national narrative or our country’s historical story is shaped by these places and help us to make individual connections to that history. In addition, our national parks and monuments act as a respite from the fast pace of our everyday lives. These places help us to take a step back and take a breath. America’s national parks have been deemed “America’s Best Idea” for this restorative quality.[3] 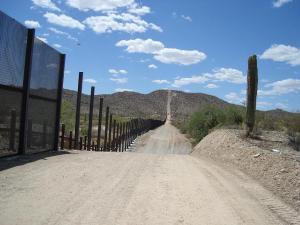 Recently, Organ Pipe Cactus National Monument has been dubbed “America’s most dangerous park,” because of illegal events that happen near the monument’s boundaries.[4] In August of 2002, a park ranger, Kris Eggle, was shot and killed while in pursuit of suspects of drug cartel related murders.[5] Kris Eggle was considered an all-American boy and was a representation of what it meant to be an American. He dedicated his life to help protect and foster our national narrative as a ranger in the National Park Service. 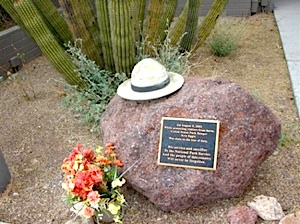 Eggle’s service and death exemplify the want and need to protect not only our border but our country as well. The dangers surrounding the management of Organ Pipe Cactus National Monument became more apparent after Eggle’s death.

In creating our historical narrative for this monument site we, as Americans, have been selective in the stories that we tell about the area. We have separated ourselves and our history from that of the Mexican border region.[6] We erect the idea of a border to maintain our national identity separate from outside intruders and encroachers. However, though we may establish these borders, those on the other side do not disappear. The proof is demonstrated in the thousands of migrants that cross the border on a regular basis. The idea of territorialization becomes real at the U.S. – Mexico border. In this context, territorialization refers to “anything that gives a physical reality to a nation state.” Enforcing this reality requires three things: the creation of a border with the use of markers or barriers, the state enforcing its authority at the border, and installing agents of the state to regulate the movement of people, goods, information, capital, or nature.[7] This is exemplified in the physical barriers, such as watch towers, walls, fences, and cement barriers that we have built to separate the U.S. from Mexico.[8] The U.S. Border patrol is stationed along this imaginary line to help enforce and maintain this separation. Borders are entirely man made and a massive amount of energy and manpower goes into maintaining them.

However, at what point is the cost too great to maintain the border? Human lives have already been sacrificed, ecosystems have been damaged and yet the line of separation remains. The unwillingness to let go of this boundary is tied to the fear that if it is not there we will somehow begin to lose what it means to be American. That if we let encroachers come in, that they will take over. But in reality what is America but a land of immigrants? We all came from somewhere. Instead of perpetuating separation why not embrace the reality of it? People, goods, and money all move back and forth across this line. Currently, our historical narrative tells of imagined communities of fellow citizens; why not expand this narrative to include the border land story as well? In studying borderland history, hidden stories have the potential to emerge that could reveal new facets of what it means to be American and in turn what it means to be Mexican.[9] This narrative would provide a more comprehensive and inclusive story for our nation.