The Antiquities Act, passed by Congress in 1906, authorizes the President of the United States to set aside areas of federal land that contain historic landmarks, structures, or objects of antiquity, as well as any other objects of scientific value.  These areas are designated as National Monuments and are protected and maintained by the federal government.[1]  On April 13, 1937, President Franklin D. Roosevelt signed the proclamation that created Organ Pipe Cactus National Monument, thereby preserving and protecting the scenic wonders and cultural treasures within the Sonoran Desert.[2]  Organ Pipe Cactus National Monument became a retreat for Americans who wanted to enjoy the tranquility of the undisturbed desert landscape and escape from the stress of their everyday lives.

After the Japanese attacked Pearl Harbor on December 7, 1941, the United States entered World War II.  In Washington, D.C., a bitter debate erupted between the War Department and Park Service officials over the use of national parks and monuments.  The War Production Board, established by President Roosevelt in 1942, argued that the acquisition of natural resources to support the war effort should be the top priority for the United States, as opposed to the preservation of our scenic landscapes and cultural heritage.[3] 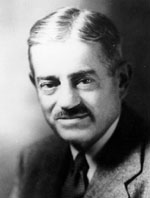 The Director of the National Park Service, Newton B. Drury, disagreed.  He felt that the preservation of America’s national parks and heritage was “one of the potent forces affecting mental preparedness and maintaining national morale.”[4]  Drury understood that logging, mining, and cattle grazing, if left unchecked, could destroy the delicate ecosystems within the parks.  At Organ Pipe Cactus National Monument, the “national monument vs. national security” debate continued as preservationists fought proposed legislation that would allow mining in the park on the basis of national necessity.  Ultimately, President Roosevelt sided with those who favored using the monument’s natural resources.  On October 27, 1941, he signed a bill that permitted mining in Organ Pipe Cactus National Monument.[5]  Prospectors flocked to the monument in search of gold and other precious metals; however, mining operations at this time period did little to advance the war effort.  The 1941 law remained in effect until September 28, 1976, when it was repealed on the grounds that “continued application of the mining laws of the United States to those areas of the National Park System to which it applies, conflicts with the purposes for which they were established.”[6]

Mining was not the only issue that park officials at Organ Pipe Cactus National Monument had to deal with during World War II.  By the end of 1941, the U.S. Army Air Force had established several military bases in southern Arizona.  Pilot candidates were sent to Luke Field, a training base near Phoenix, 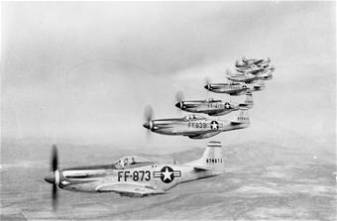 where they completed ground school and advanced flight training.  The moderate climate and vast uninhabited areas of the Sonoran Desert made southern Arizona a prime training location for the Army Air Force.  From 1941 to 1945, more than 17,000 pilots were trained at Luke Field, making it the largest fighter pilot training school in the United States.[7]  Gunnery training for fighter pilots took place at the nearby Yuma Aerial Gunnery and Bombing Range or the Ajo-Gila Bend Gunnery Range.  President Roosevelt, through executive orders, added six additional parcels of public land to these existing bombing ranges, so that by 1943, the total area for aerial training encompassed nearly 2.1 million acres of Sonoran Desert.[8]

In early 1942, the War Department set its sights on Organ Pipe Cactus National Monument as a potential location for a practice bombing range.  Army Air Force officials conducted aerial reconnaissance of the area and felt that the uninhabited landscape within the monument would be an ideal location for training pursuit pilots.[9]  In a memorandum dated May 7, 1942, the acting superintendent for Southwestern Monuments, Charles A. Richey, explained the situation to National Park Service Director, Newton B. Drury.  According to Richey, Army Air Force officials had difficulty locating adequate gunnery and bombing ranges to accommodate the large number of pilots being trained for the war effort.  Major Elmer Coker, the Assistant Director of Training at Luke Field, proposed using a portion of Organ Pipe Cactus National Monument for two additional gunnery ranges.[10]  If the proposed bombing and gunnery ranges had been approved, damage to the flora, fauna, and cultural resources would have been devastating.  Fortunately, Organ Pipe Cactus National Monument was never used for military purposes, as the existing bombing ranges proved sufficient to support the Army’s needs.

During World War II, the National Park Service approved hundreds of requests from the War Department to use facilities and resources for the war effort.[11]  Perhaps the park service’s greatest contribution was to provide a place where returning U.S. service members could physically and mentally rehabilitate.  In 1944, an unknown editor for National Parks Magazine stated, “In many respects our job is a war job as well as a vital peacetime one, for it concerns the preservation of the kind of world for which they fight.”[12]

Drury, Newton B. “What War is Doing to the National Parks and Where They Will Be at Its Close.” Living Wilderness (May 1944): 12.