Prior to Organ Pipe Cactus National Monument receiving national monument status from the federal government, the area encompassed by Organ Pipe belonged to the public domain.  The monument was established in 1937; nearly eight decades after the United States acquired the land from Mexico under the terms of the Gadsden Treaty.[1] 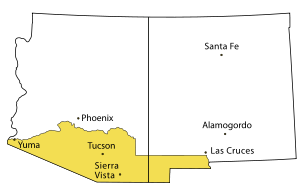 In 1853, the American minister to Mexico, James Gadsden, presided over the treaty in which the United States would receive the land south of the Gila River in present day New Mexico and Arizona in exchange for ten million dollars.[2]  The “Gadsden Purchase” included the land now encompassing Organ Pipe Cactus National Monument.[3] Unlike the turbulent formative periods preceding the establishment of many national parks and monuments across the country, Organ Pipe Cactus National Monument’s creation was calm and mildly controversial.  However, controversy eventually became present in the monument. 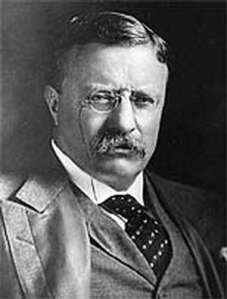 However, federal withdrawal of the land from the public domain did not begin until 1907.  In this year, President Teddy Roosevelt withdrew a strip of land sixty feet wide adjacent to the American side of the border for use by customs personnel.[5]  Similarly, in 1923 President Calvin Coolidge withdrew forty acres around Quitobaquito Springs and designated the area  public water reserve NO. 88.[6

This initial legislation paired with the commercial use of the area facilitated the creation of Organ Pipe Cactus National Monument as known today.  The monument’s creation marks the biggest withdrawal of land from Arizona’s public domain in state history.[7]  While this withdrawal was mostly met with support, there was also some heavy opposition from the state’s paramount economic interests: ranching and mining.   These key players saw the land receiving monument status as a hindrance to their respective sectors of the economy.  No longer would they be allowed to use the land as freely as they had grown accustomed to.

The idea for Organ Pipe Cactus National Monument was conceived in a 1931 memorandum prepared by E.D. McKee, a park naturalist at Grand Canyon National Park.[8]  He suggested the border country of Sonoita-Lukeville was one of five sites proposed as “possessing sufficient scientific and natural interest to qualify for national monument status.”[9]    Along with McKee, Arizona Congresswoman Isabella S. Greenway, former Postmaster General Frank H. Hitchcock, and support from the University of Arizona and the Tucson Natural History Society supported or backed McKee’s proposal. In February 1932, E.D. McKee’s ideas for the creation of Organ Pipe Cactus National Monument were implemented.[10]

However, five years would pass before the latter became a reality.  During this period the boundaries of the projected monument were definitively established, while attempts were made to calm the fears of ranchers and miners.  At the time of establishment, the Robert Louis Gray family presented the National Park Service with its foremost problem in regards to ranching within the borders of the monument.  By the monument’s establishment, the Grays had already been ranching in the Organ Pipe area for seventeen years.[12]  Five months after the proclamation establishing the monument, Robert Louis Gray took action to ensure his grazing rights by protesting the withdrawal from the public domain.[13] In 1939 Senator Carl Hayden arranged for the Gray family to receive an annual permit allowing them to graze cattle within the borders of the monument.[14]

Only after the prospected boundaries became firmly established did the formalization process begin to occur.  Acting Secretary of the Interior, Charles Franklin West, petitioned President Franklin Roosevelt for withdrawal of the land from the public domain and the creation of the monument.  On April 13, 1937 President Roosevelt signed the proclamation creating Organ Pipe Cactus National Monument.[15]  Considerably, the park’s lands were set aside because according to Charles West, they contained, “various objects of historic and scientific interest”;[16]  which, as it states in the writing of the Antiquities Act of 1906, is its lasting legacy.